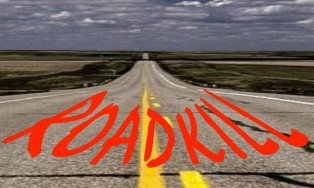 Those Michiganians out of work can rejoice at a Bill passed by the Republican controlled legislature today.

Those who have exhausted their unemployment benefits and not quite poor enough to qualify for food assistance now have another avenue for feeding their family.

This is breakthrough legislation that will surely contribute to job creation and economic growth here in Michigan!
http://www.detroitnews.com/article/20140328/METRO/303280038/0/METRO/Bill-would-make-fast-food-Michigan-roadkill 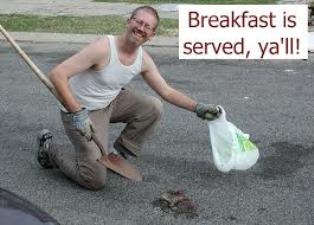 College Students turn to ROADKILL for Cheap Meals
Hard-up students are dining out on roadkill recipes by scraping up dead animals found at the side of the road.
http://www.dailymail.co.uk/news/article-1323843/Students-turn-ROADKILL-cheap-meals.html

How to Eat Roadkill
Things to look for in roadkill. Avoid roadkill that has maggots, fly, or other scavenging insect infestations, as this indicates a lack of freshness.

However, the presence of fleas is a good sign and means that the animal is probably still edible. 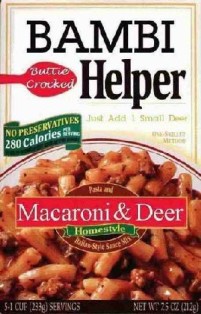 If it stinks of rotting flesh, trust your nose but be aware that there will be some stench just as a result of the impact, as wind, excrement, etc. is forced rapidly through the body.
http://www.wikihow.com/Eat-Roadkill