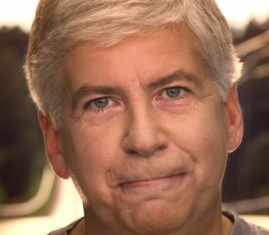 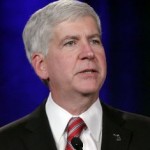 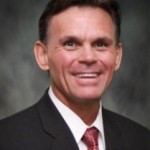 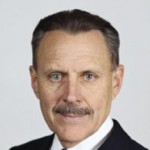 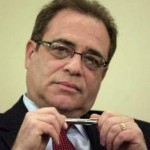 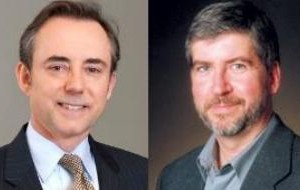 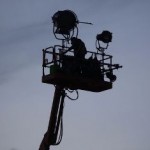 Business Subsidies or Road Tax Increase? In May you will decide at the Ballot Box. What do Lansing lawmakers do when they commit “grand theft” of our road fund monies on subsidies for economic development instead of on Michigan roads?

They let the taxpayers hang themselves by voting on a ballot proposal “tax increase” holding our roads hostage if we don’t vote yes.

“These subsidy awards are getting out of control,” said Philip Mattera, research director of Good Jobs First and principal author of the report. 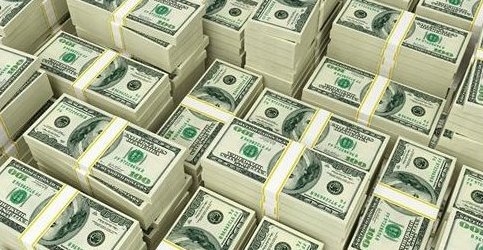 What’s the old saying, third times a charm? In this round of taxpayer funded subsidies The Michigan Strategic Fund has awarded the automaker another $4 million. In addition to this subsidy, Toyota received a State Education Tax Abatement with an estimated value of about $1.3 million.

The Michigan Economic Development Corporation announced that Toyota has been awarded $4 million. York Township is additionally considering approval of local incentives in the form of a 12-year property tax abatement that could save the company up to $4.6 million.

One of Ann Arbor SPARK board of directors are: Charles Gulash, vice president, Toyota Motor Engineering & Manufacturing. Can you say conflict of interest?

This isn’t the first incentive dance Toyota has been to. In 2008 as a Campaign Manager for a State Rep. candidate I attended a meeting with him in York Township and he spoke at that meeting against the first subsidy. The promise then was 400 jobs that never materialized!

Toyota said it plans to build a new facility on its Michigan campus “subject” to final approval of state and local “incentives” to accommodate the 250 workers. That subject to “local incentives” is code word for us the Michigan taxpayers who will pony up through the “failed” MEDC just mark my words!

Why not the “Comeback State” Michigan? I’ll tell you why it’s no different than California! Michigan will get 250 jobs in Snyder’s Ann Arbor if the taxpayer subsidies are sufficient which they already received in 2008.

Michigan has the most megadeals, with 29, followed by New York with 23; Ohio and Texas with a dozen each; Louisiana and Tennessee with 11 each; and Alabama, Kentucky and New Jersey with 10 each.

“Megadeals” are defined as taxpayer funded incentive packages (subsidies) worth more than $75 Million. This does not include those subsidy giveaways under the $75 Million benchmark such as the Film and Movie Producer subsidies given away here in Michigan or smaller business subsidies.

In dollar terms, New York is spending the most, with megadeals totaling $11.4 billion. Next is Michigan with $7.1 billion, followed by five states in the $3 billion range: Oregon, New Mexico, Washington, Louisiana, and Texas. Twenty-one states have megadeals costing $1 billion or more.

The La-Z-Boy Corporation in Monroe pulled one of these so-called “job blackmail” episodes when it threatened to move out of Monroe unless the taxpayers of Michigan provided subsidies for building their new headquarters, the MEDC caved and awarded then up to $12.7 Million in taxpayer money.

La-Z-Boy Awarded $3.7 Million “Plus” from The Michigan Strategic Fund

Furniture maker plans to build a new world headquarters in Monroe after state approval this week on a $3.7 million incentive package. This “taxpayer funded” package could be worth $12.7 million over nine years when the package’s grants and tax breaks are combined and that is contingent on La-Z-Boy adding 50 jobs.

Dan Swallow, director of economic and community development for Monroe, said the two grants and the tax abatement were paramount to keeping La-Z-Boy fully committing to staying in Monroe. The company had stated it would remain in Monroe if everything could be worked out, but if it couldn’t, it might be forced to go to another county or state.

Right after La-Z-Boy got our tax dollars the company reported third-quarter profits that soared. Michigan-based La-Z-Boy said Tuesday its operating income was up 37 percent in the fiscal 2013 third quarter, to $23.3 million, compared with $17 million in the same quarter of 2012. The company ended the quarter with $112 million in cash and equivalents.

Are corporate subsidies worth the money?

Study: Michigan Economic Development Corporation Published on May 4, 2004 (Now Part of The Department of Labor and Economic Growth)

Economic Development Subsidies Report Megadeals: By Philip Mattera and Kasia Tarczynska with Greg LeRoy. “Megadeals” are defined as taxpayer funded incentive packages (subsidies) worth more than $75 Million. This does not include those subsidy giveaways under the $75 Million benchmark such as the Film and Movie Producer subsidies given away here in Michigan or smaller business subsidies. 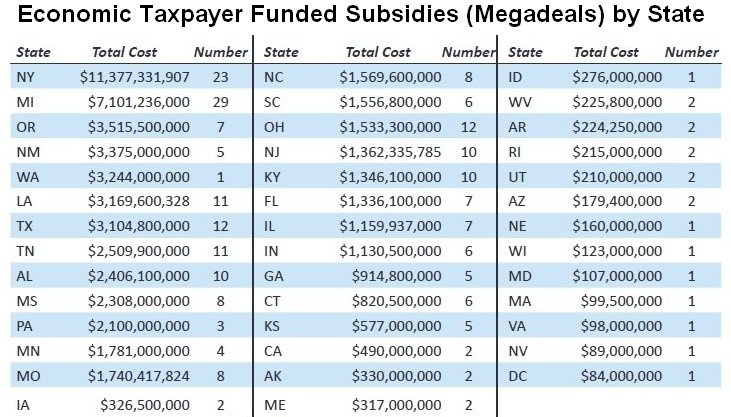 Click “Full report” in the link below to view how over $7 Billion of your tax dollars has been wasted on subsidies here in Michigan since 1986. 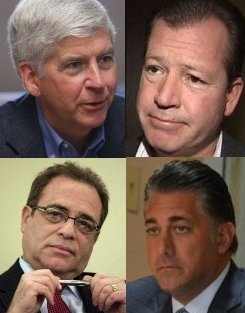 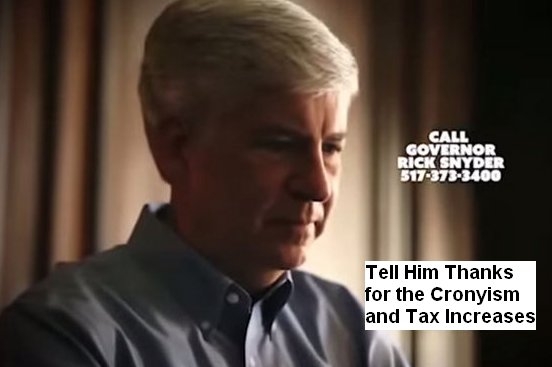 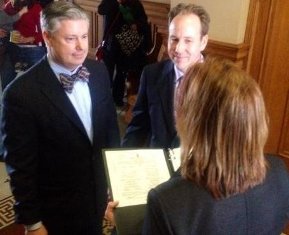 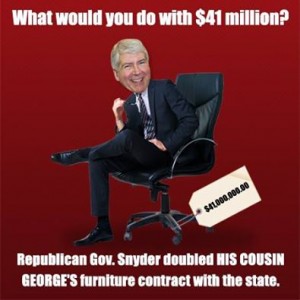 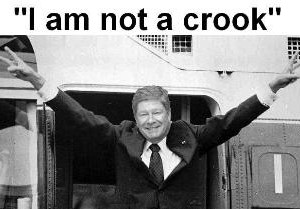 A State Bank: The Solution for Michigan Economic Stability and Prosperity By Dan Osterman

(Comment: by R Al Bain, Our legislators in Lansing continue to advocate and promote capital cronyism through the “Friends and Family” program along with the “Business Buddies” fund that’s not a good return on investment for the taxpayers of Michigan and only benefits the aforementioned and politicians in a pay to play scheme.) 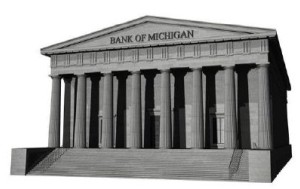 When it comes to the economy, government does have a necessary and proper role to protect a functioning free market and the rights of individuals to pursue their economic interests, maintenance of public infrastructure, and the undisturbed flow of commerce across borders.

Essential to these functions is to support a banking system that seeks to serve the community, act as an incubator for businesses, and to protect the system from those who attempt to abuse it.

The actions of the Federal Reserve System, in concert with the Wall Street bankers, has failed in its stated purpose, while repeatedly stealing the wealth of Americans; which has been felt no greater than in Michigan and in particular, Detroit.

If the Michigan legislature is serious about “reinventing” the state and reviving Detroit, their first priority should be a healthy and expanding community banking system, which can only be achieved by the establishment of a publicly-owned state bank. 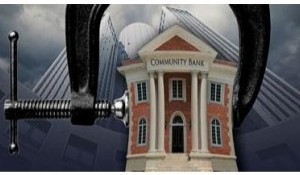 There is no better model of success than the state of North Dakota; having the only state bank in the country. During the 2009 financial crisis, the Bank of North Dakota (BND) not only provided a dividend to the state but was responsible for North Dakota achieving the lowest unemployment in the nation, while maintaining the most community banks per capita; without a single bank failure.

In order for Main Street businesses to survive and begin to rebuild the lost wealth of Michiganians, a local community banking system will have to play a lead role; and a publicly-owned state bank, is the lynchpin to success. In a 2012 Dallas FED report by Gunther and Klemme it was stated, “Community banks are not only a major source of credit for job-creating businesses but also a stable one.”

A Michigan economic recovery will only be possible when the majority of the money which circulates through its economy, stays in Michigan, and is no longer siphoned away by Wall Street. 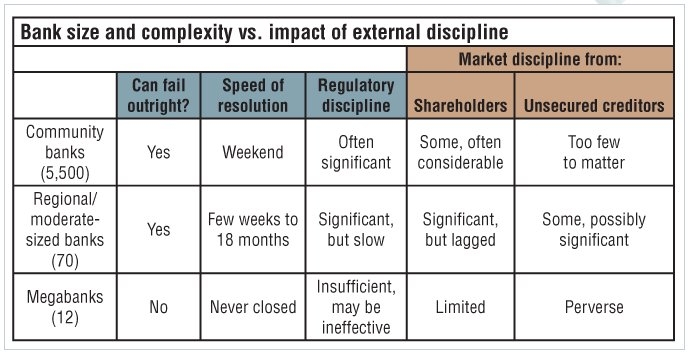 Leveling the Playing Field – Federal Reserve Bank of Dallas Report
Financial reform must be redirected. The government’s financial safety net for the biggest banks should cover only their essential banking activities and their role in the payments system. Once that occurs, market discipline can reassert itself, and all institutions—large and small—can compete on a more level playing field.
http://www.dallasfed.org/microsites/fed/annual/2012/e5/1201e5.cfm 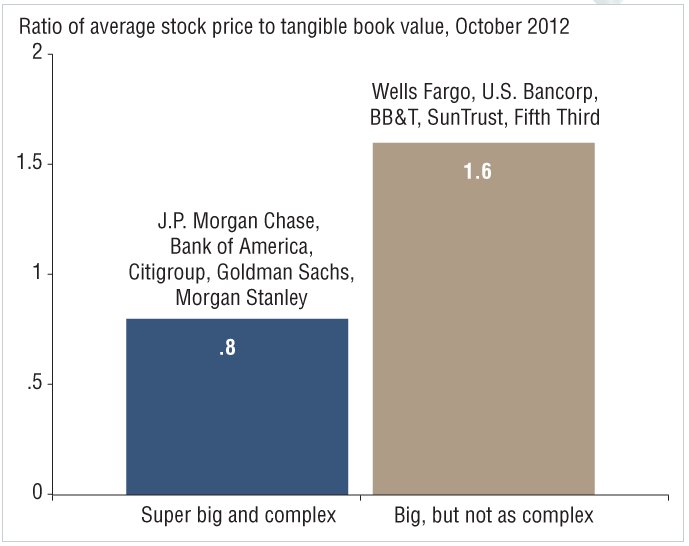