The Hypocrisy of the MIGOP Establishment Sex, Lie’s and Audio Tapes

I see the MIGOP establishment Boot-Licker Queen “Darlene Dowling Thompson” and her minions are calling for Rep. Gamrat and Rep. Courser to resign. One has to wonder if her and her establishment supporters are calling for Senator Jack Brandenburg to resign as well for coming to the aid of his fellow Senator’s misconduct on taxpayer time and resources. Or how about Senator Rick Jones?

I bet not! The alleged Richardville affair was later confirmed by his 30 year old son who caught him red handed and wasn’t the least bit shy about talking about it to his fellow friends at the local tavern in Monroe.

Lets see wasn’t it ‘ole “High Level Thug” Jack Brandenburg who stood in support of Richardville in a special Senate Caucus meeting for Richardville’s infidelity that caused the divorce from his wife of some 30 plus years! Oh the webs they weave when it comes to their feeding spot at the public trough!

By the way from the blogs I’ve read from around the Internet it would seem the Jackster has had issues within the infidelity arena his own self but that’s just a question only those who have written about it can answer?

These same articles talk about his shady campaign dealings down in his family state of Ohio something about giving the mailman a bottle of Whiskey to stuff mail boxes with campaign literature but again that’s just a question only those who have written about it can answer to?

“Bain Report” from March, 26, 2012
Republican Senators “Circle The Wagons” around Richardville in Support!
Majority Whip Senator Jack Brandenburg told Kyle Melinn from MIRS who was working the story that the GOP Senate caucus had met this morning on the alleged allegations of adultery By Senator Richardville.

The caucus meeting was about the former Senate Majority leader’s impending divorce that was filed in February and that “his party” had little appetite to remove Richardville as Senate Majority leader from office. At that meeting Mr. Richardville was given a standing ovation for his alleged affair! Adultery Michigan Public Act 328 Law http://www.legislature.mi.gov/%28S%28kg13hob0rstb1xr1kry041th%29%29/mileg.aspx?page=getObject&objectName=mcl-750-29

Eric B. wrote, as for Jack Brandenburg speaking on behalf of the Republican caucus about alleged sexual improprieties, if the TEA Party were as familiar with “his own alleged sexual improprieties” as much as they claim to be over Richardville’s, they’d be calling for the entire caucus to disband and agree to move to other states.
http://www.michiganliberal.com/diary/18961/conservatives-call-on-richardville-to-step-down-over-alleged-affair

This explains the phone call I personally received from Senator Brandenburg on Monday, March, 19, 2012 on Mr. Richardville and his divorce.

As I listened to this self proclaimed conservative ramble on like a smitten school boy who got caught with his pants down pleading and close to begging me not to run this story on Mr. Richardville’s alleged improprieties of the “sanctity of marriage” perpetrated against his wife of over 30 years I was finally able to get a word in!

As I tried to explain to Mr. Brandenburg that it was not me but a conservative woman here in Monroe and that I would do my best as to keep her from sending personal letter’s to the 25 Republican Senator’s spouses detailing Mr. Richardville’s actions.

I have never spoken to Mr. Brandenburg prior to his call to me that day but I have to say that if this conversation is any kind of indication of the brightest minds we have representing “we the people” in Lansing the citizens of Michigan are in serious trouble!

He did not articulate his speech structure or words very well at all and came off as someone lacking in education. This impression gives credence along with several other valid reasons for a part-time legislature here in Michigan.

The argument from those in service claim we need the best and brightest minds in Lansing and that a part-time legislature would impede that goal if implemented. Personally I would suggest that logic lacks in merit.

In the MIRS article it is stated that this is an unverified personal attack against Richardville which isn’t the case! This has been confirmed from two different sources that received it directly from Senator Richardville’s son Adam.

Both sources are afraid to go on the record for fear of retribution against them but both are contemplating doing so with one very close! The fact that both these sources collaborated this disturbing revelation and do not know each other say’s something in and of itself!

Keeping in mind this is not the first time this “philanderer” has shown this type of behavior but is the one that finally caused this impending divorce.

Thomas Jefferson was quoted as saying, When the people fear their government, there is tyranny; when the government fears the people, there is liberty. This quote clearly applies to the hesitance of these two sources concerns and fears in coming forth as to do the right thing on behalf of their fellow citizens here in Michigan.

It’s become evidently clear that our elected officials have had free reign for many years on how they conduct themselves in representing those who would elect them to serve. When the citizenry finally stand up and demand ethics, honesty, integrity, and moral values from these elected officials they are vilified as personal attacks.

Character and principles matter and those Senators who not only turn a blind eye to this type of behavior but condone it as well are no better!

Quote of the Day from Senator Jack Brandenburg: “These guys are a couple of low-level thugs” My response to Mr. Brandenburg would be, those who claim they are being unfairly attacked and respond with personal attacks is an attempt to negate the truth of a claim by pointing out a negative characteristic or belief of the person supporting it.

MIGOP Considers Legal Options After Activists Try To Force Richardville Out
Senate Republicans may ask law enforcement to investigate an apparent threat from conservative activists that they would contact the spouses of GOP senators if those senators refused to remove Senate Majority Leader Randy Richardville from his leadership post.

On Tuesday, an email from tea party activist Randy Bishop, known as “Trucker Randy,” was sent to all 26 members of the Senate Republican caucus. The email contained a scathing denunciation of Mr. Richardville (R-Monroe) from a Monroe GOP activist named Al Bain, who makes various unsubstantiated allegations about Mr. Richardville, mainly that he committed adultery.

Mr. Bishop, in a prelude to Mr. Bain’s email, indicates that one Monroe County Republican “is preparing a personal letter she intends to mail to the wives of all 25 Republican Senators, unless RR steps down as Senate Majority Leader immediately!!!” http://www.gongwer.com/programming/index.cfm?locId=1

Michigan GOP Threatens “Legal Options”? EXCELLENT VIEWPOINT!
This article was written by a “True Elected Conservative Republican” which is an excellent analysis of the threats made against citizens who have the courage to stand up for what they believe is in the best interest of their fellow citizens of Michigan and state.

Instead of acknowledging that there is trouble within the Michigan Senate, it might appear that the Senate GOP is going to circle the wagons. http://www.rightmichigan.com/story/2012/3/22/154122/819

State Senate candidate Jack Brandenburg accused of posing as reporter, asking about oral sex! Jennifer Gratz went on to suggest that Brandenburg has a history of duplicitous behavior and vulgar language. 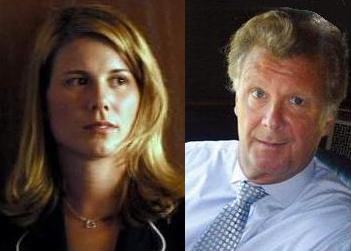 Specifically, she said Brandenburg prank called her in January of 2006 and pretended to be a reporter for our very own Booth Newspapers, failing to block his number from her caller ID.

After asking several “semi-informed” questions about the MCRI, he allegedly ended the call by asking her, “How do you feel about oral sex?”
http://www.mlive.com/news/detroit/index.ssf/2010/07/state_senate_candidate_jack_br.html

Conservatives call on Richardville to step down over alleged affair. As for Jack Brandenburg speaking on behalf of the Republican caucus about alleged sexual improprieties.

If the Tea Party were as familiar with his own alleged sexual improprieties as much as they claim to be over Richardville’s, they’d be calling for the entire caucus to disband and agree to move to other states.
http://www.michiganliberal.com/diary/18961/conservatives-call-on-richardville-to-step-down-over-alleged-affair 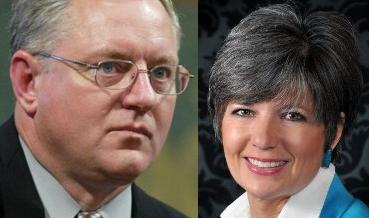 Jan 5, 2012 – Rick Jones (R-Grand Ledge) compared her to a prostitute! Rossman, head of a top Lansing public relations firm, said Senator Jones is a disgrace to the State of Michigan. Where’s the outrage from Michigan citizens especially the women on this?
http://www.mlive.com/politics/index.ssf/2012/01/sen_rick_jones_compares_female.html

Hey Darlene and your establishment supporter “minions” where’s the outrage on these examples? Nothing but Crickets’

Hypocrisy
Hypocrisy is the claim or pretense of holding beliefs, feelings, standards, qualities, opinions, behaviors, virtues, motivations, or other characteristics that one does not actually hold.

Hypocrites
Hypocrite is a person who engages in the same behaviors he condemns others for and a person who professes certain ideals, but fails to live up to them.