History has shown that when a Democrat elected President dating back to the Great Depression era has been elected after a Republican President who presided over a economic depression or recession basically saved this country and brought it back from the brink.

History and historical facts prove this to be factual and one could follow these events and argue that the Republican policies contributed to the economic problems during these events.

The great depression started under Republican Herbert Hoover who held office during the onset of the Great Depression and held office from March 4, 1929 – March 4, 1933. 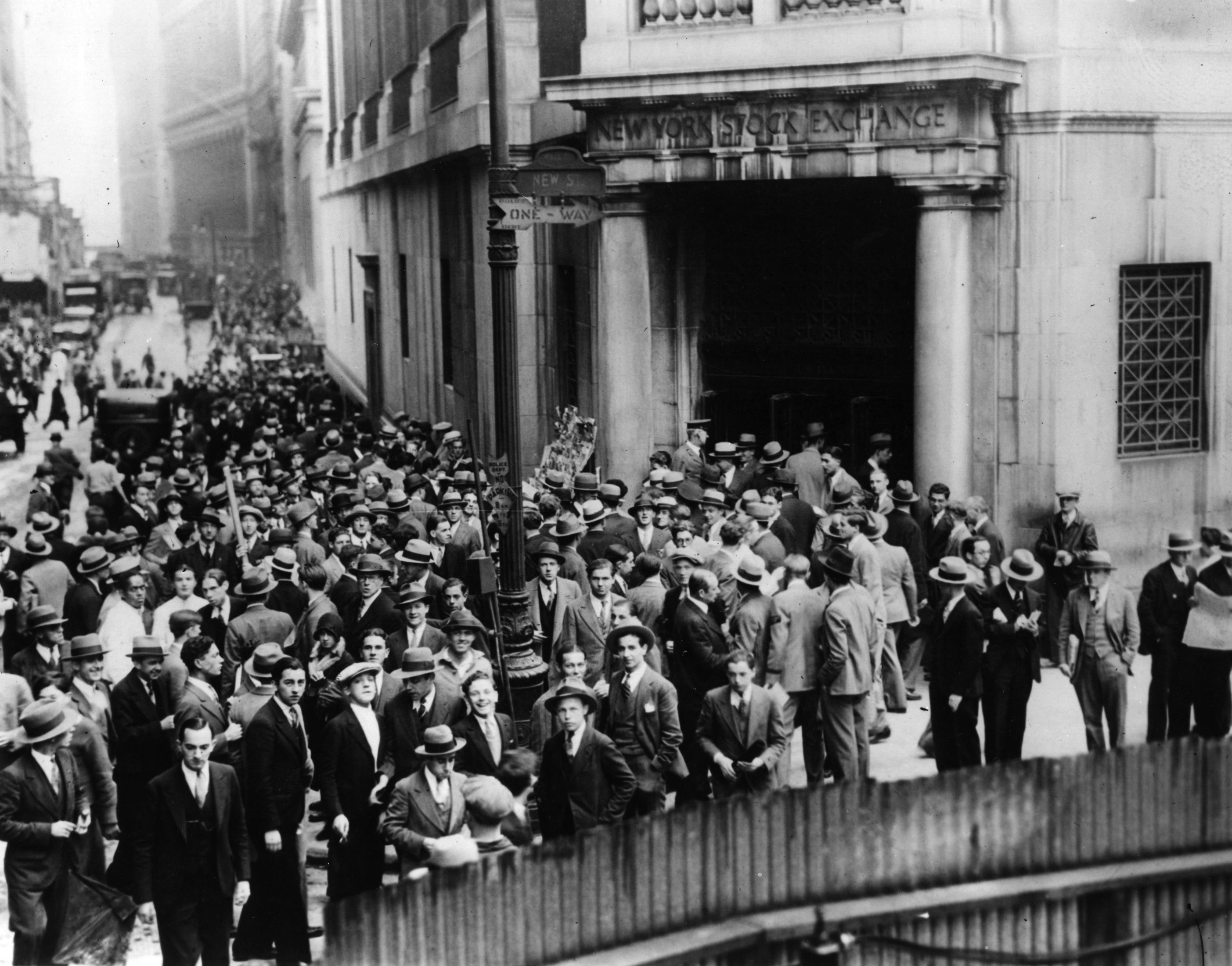 March 4 1929: Herbert Hoover became president. His laissez-faire economic policies did little to stop the Depression. He believed a free-market economy would allow the forces of capitalism to fix any economic downturn. As a result, he lowered the top income tax rate from 25% to 24%. The crowds on Wall Street, New York, after the stock exchange crashed. 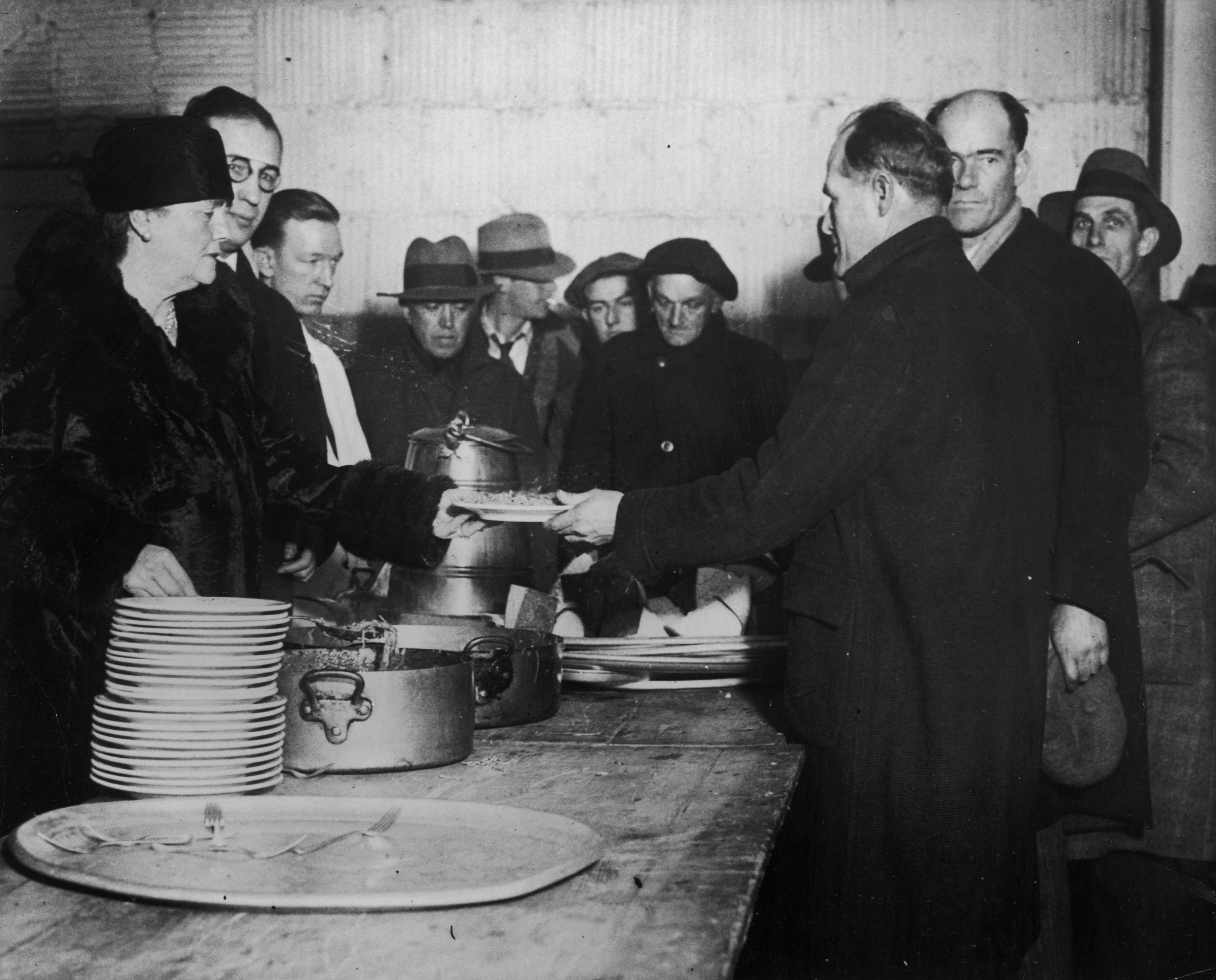 June 17 1930: Hoover signed the Smoot-Hawley Tariff Act, which raised taxes on 900 imports. It originally was supposed to help farmers but ended up imposing tariffs on hundreds of other products. Other countries retaliated, setting off a trade war. As a result, international trade began to collapse. Dolly Gann (L), sister of U.S. vice president Charles Curtis, helps serve meals to the hungry at a Salvation Army soup kitchen on December 27, 1930. 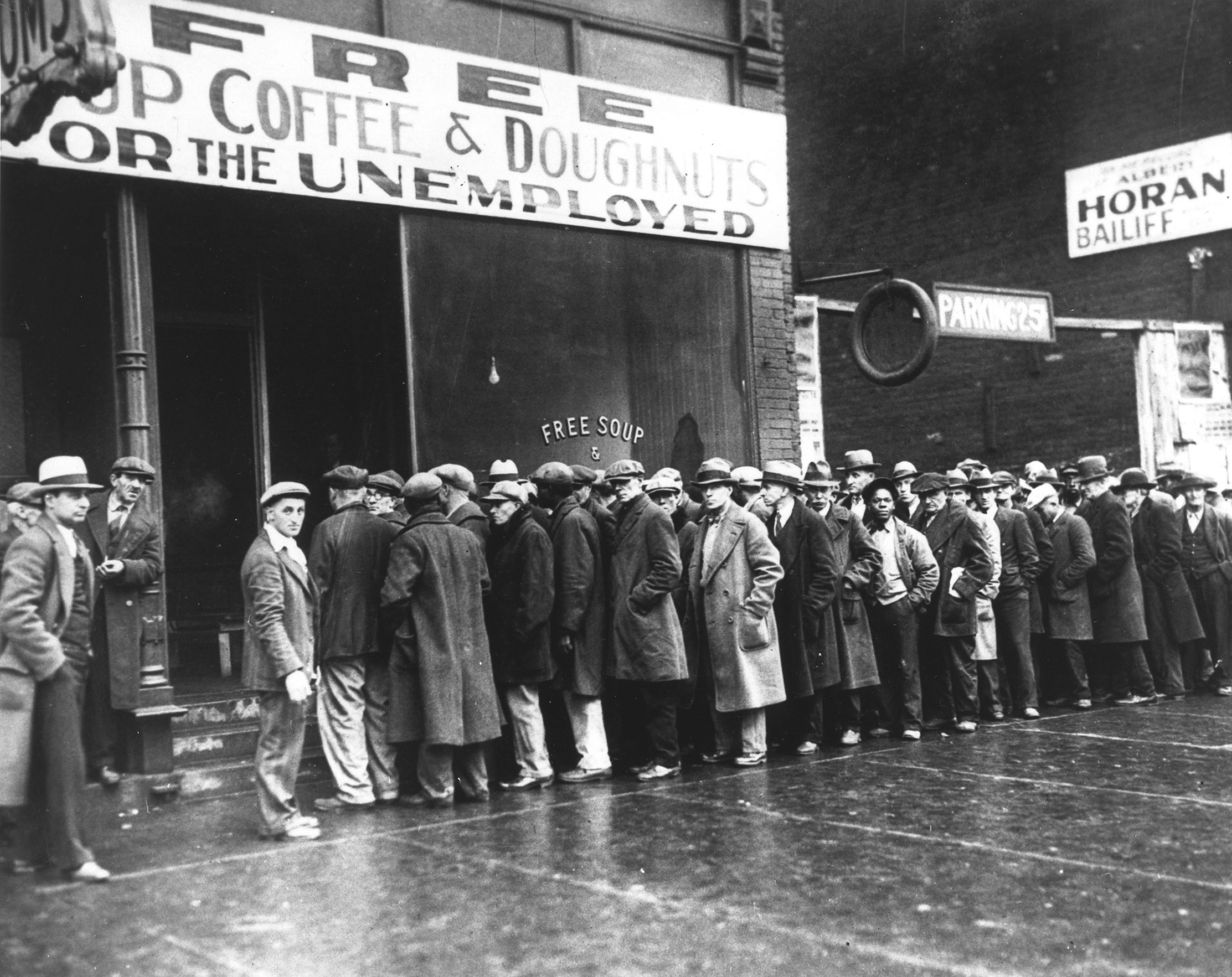 February 1931: Food riots broke out in Minneapolis. The economy shrank 6.4%. The unemployment rate rose to 15.9%. Prices fell another 9.3%. People began to suffer the worst effects of the Great Depression. A line of men wait outside a soup kitchen opened by mobster Al Capone, Chicago, Illinois, February 1931. 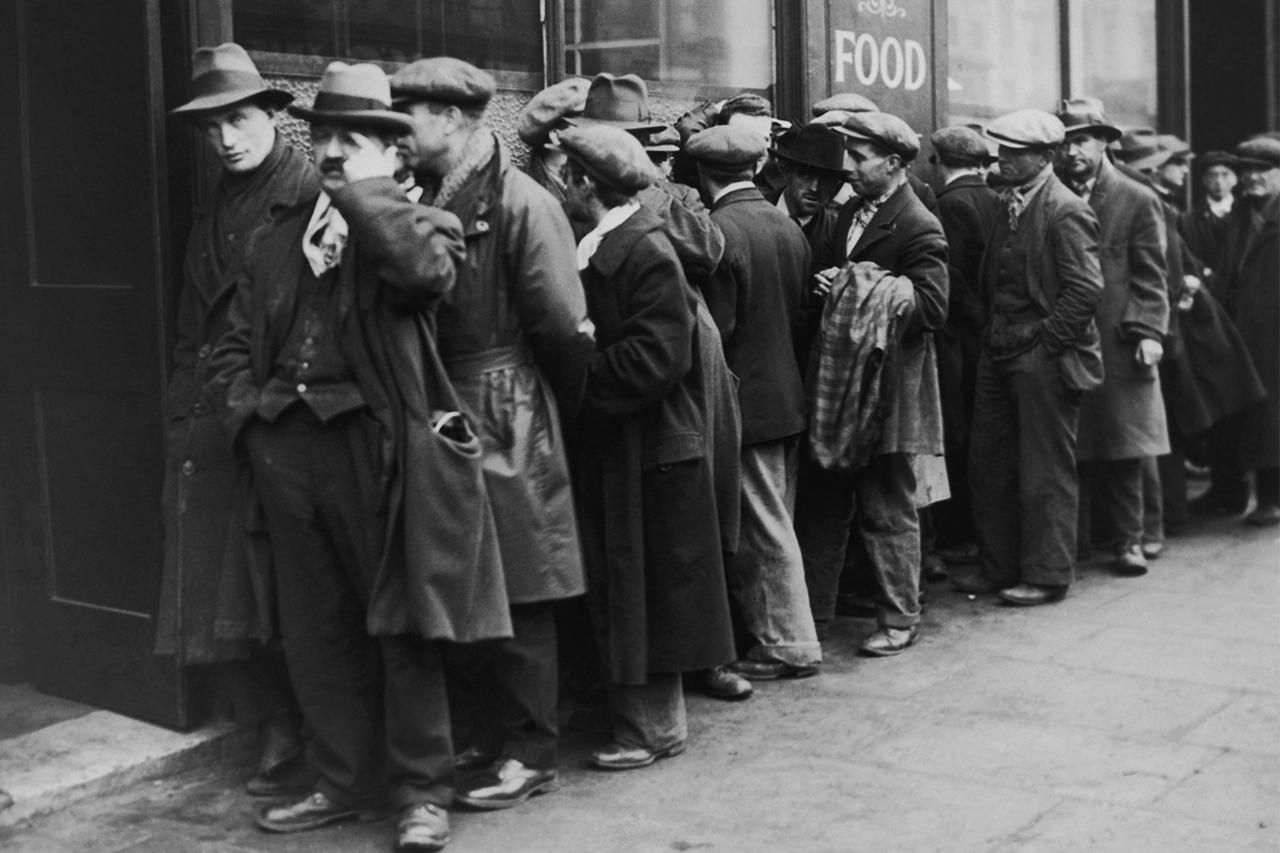 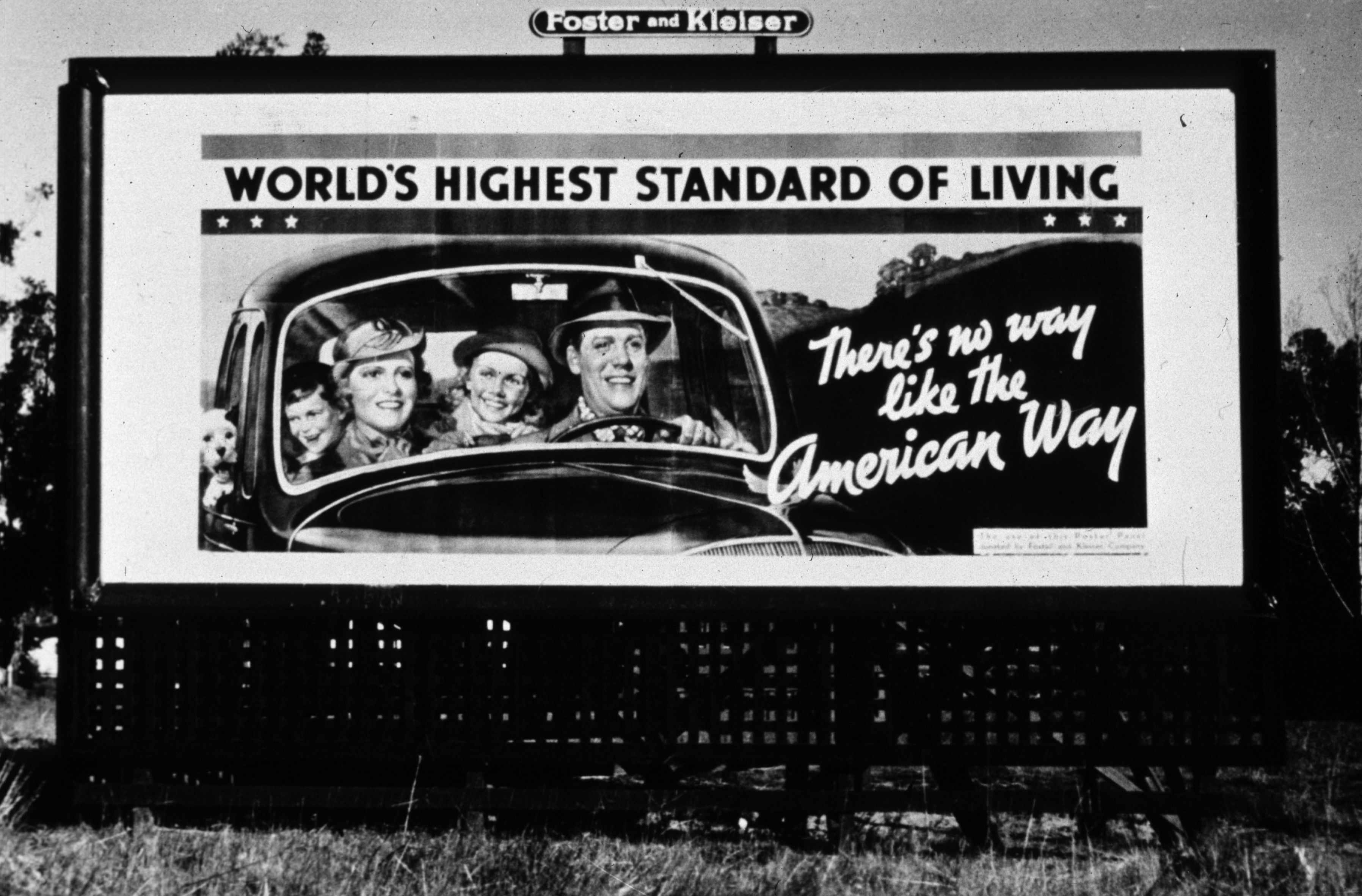 March 1937: A billboard, sponsored by the National Association of Manufacturers, on Highway 99 in California during the Depression. It reads ‘There’s no way like the American way’ and ‘world’s highest standard of living’.

My personal view of the Trump administrations handling of the Coronavirus Pandemic especially Trump wanting to end restrictions is horrifying and misguided to say the least.

You have the medical community and scientist all saying this is a huge mistake. The Republican Lt Governor of Texas says he is with Trump on ending restrictions even before the virus has peaked!
“WE CANNOT LET THE CURE BE WORSE THAN THE PROBLEM ITSELF” – President Donald J. Trump

‘Repulsive’: Outrage as Texas Lieutenant Gov. Says Seniors Willing to Risk Coronavirus Infection to Protect Economy
“This crisis is really laying bare the extent to which we are ruled by completely craven psychopaths.”
https://www.commondreams.org/news/2020/03/24/repulsive-outrage-texas-lieutenant-gov-says-seniors-willing-risk-coronavirus

Texas Lt. Governor: Old People Should Volunteer to Die to Save the Economy
According to Dan Patrick “lots of grandparents” are willing to sacrifice themselves for the cause.
https://www.vanityfair.com/news/2020/03/dan-patrick-coronavirus-grandparents

What has happened so far even if the virus is gone tomorrow it will still have a huge impact on the economy for many many weeks, months and maybe years to come.

We have now had the economy shut down for weeks already with many businesses closed down with mass layoffs that in the weeks to come will show a huge spike in unemployment numbers and loss of production throughout this country. A look at history proves this to be the case.

There is so much that we can’t foresee going forward of the impact to the economy, not being considered at this point. There will be bankruptcies with businesses and homeowners’ losing their homes the likes we haven’t seen since the Great Depression and might even be worse.

The novel Coronavirus will devastate the global economy, and failure to rein it in risks a worse downturn than the Great Depression, economist Nouriel Roubini warned in a Project Syndicate column on Tuesday.

“The best economic outcome that anyone can hope for is a recession deeper than that following the 2008 financial crisis,” the professor at New York University’s Stern School of Business said.

Roubini argued the pandemic’s fallout in three weeks has surpassed the economic toll of the financial crisis and the Great Depression over three years.
https://markets.businessinsider.com/news/stocks/coronavirus-could-spark-greater-depression-dr-doom-nouriel-roubini-warns-2020-3-1029027839

As the United States enters recession territory and investors say goodbye to an 11-year bull market, comparisons to the Great Depression—the worst economic downturn in American history—are inevitable, but how does that comparison actually stack up?

Peak unemployment during the Great Depression reached a staggering 24.9% in 1933, according to the Bureau of Labor Statistics; in 1929, just four years prior, unemployment was just 3.2%. Federal Reserve Bank of St. Louis President James Bullard told Bloomberg that the U.S. unemployment rate could hit 30% next quarter.

Mass layoffs have already started prior to this Pandemic with the Trump trade wars and his tariffs’ here in Michigan with the permanent closure of two U.S. Steel plants in Ecorse and River Rouge has cost thousands of good paying jobs for Michigan citizens.
https://www.forbes.com/sites/sarahhansen/2020/03/24/the-great-depression-vs-coronavirus-recession-3-metrics-that-will-determine-how-much-worse-it-can-get/#3321388a15bd

How the current stock market collapse compares with others in history
https://www.msn.com/en-us/money/markets/how-the-current-stock-market-collapse-compares-with-others-in-history/ss-BB11usZD

I think it’s important that there’s a Republican out there every day who says, ‘This is not my Republican Party,'” former congressman Joe Walsh
https://www.desmoinesregister.com/story/opinion/editorials/caucus/2020/01/25/joe-walsh-admits-he-wrong-back-trump-asks-others-speak-up/4562179002/

The Sterling Heights Mayor Michael voted for Trump in 2016 but said that…How could I look at those three kids and tell them I’m proud to support Donald Trump? I can’t. I won’t. I’m voting for JoeBiden and endorsing him for President of the United States. I hope you’ll join me. – Sterling Heights Republican Mayor Michael C. Taylor
https://www.detroitnews.com/story/news/politics/2020/03/10/sterling-heights-gop-mayor-michael-taylor-backs-biden/111414080/