MIGOP “Tactics” as to get “Their” Chosen Candidates Elected

I’m sure this is going on all over the state as to stifle the Grassroots, Conservatives and Tea Party that dare challenge the establishment but this one is in my own backyard. We all have seen how the MIGOP establishment has gone after and targeted two conservatives Justin Amash and Kerry Bentivolio. 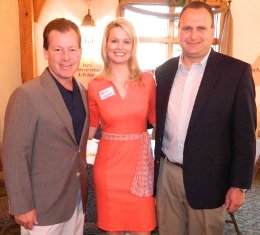 I had seen in my facebook notifications that one of my facebook friends liked a page so I investigated. To my surprise and shock I couldn’t believe that many of my conservative friends would like a “yes man” for Senate Majority leader Randy Richardville for State Rep.

The MIGOP establishment has a plan in place as to get their chosen candidates elected and will go to any and all lengths as to make sure this happens. Let’s take a close look at just one example in my district how they are going about this.

State Rep. Dale Zorn was first elected in November 2010 to the Michigan House to represent the residents of Monroe County for a two year term this after being a county commissioner for the past 20 years. Has he ever worked in the private sector? How many years is enough of feeding at the public trough? 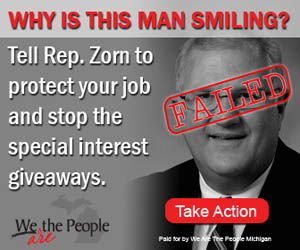 Now with Senate Majority leader Randy Richardville being term limited Mr. Zorn will forgo his final two years of eligibility as a House Rep. to pursue the seat in the Senate being vacated by Mr. Richardville his life long buddy. Hmmm…

Oh the webs they weave in the political arena here in Michigan. Word from inside Lansing’s Capitol from a very reliable source is that Mr. Zorn can’t cast a vote without contacting Party leadership as to see how he should vote! Is this representing the people who elected him or the Party? I believe the answer to that is clear. 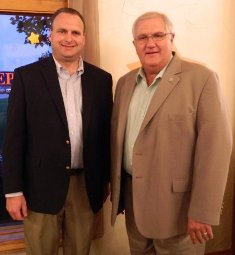 This candidate Jason Sheppard has consistently “name dropped” and “bragged” about having dinners with Governor Snyder and his wife along with Senate Majority leader Richardville and his wife (before their much publicized divorce) at several establishment Party functions so this should show that this candidate is establishment all the way and if elected will represent Party over citizens.

I contacted all my facebook friends who is shown to have liked Jason Sheppard for State Rep. and not one of them said they liked his page! Hmmm…Something bad wrong here folks!

Additional interesting sources and information pertaining to this story:

For those fellow Conservative Patriot friends that his page shows you have liked, several have already un-liked once this was brought to their attention. If you like Snyder and Richardville’s “liberal policies” your sure to like Jason Sheppard and Dale Zorn.

Hello, my name is Jason Sheppard and I’m running for State Representative in … I’m happy to get the opportunity to see Senator Randy Richardville, a close and personal friend …

Facebook friends who have liked Jason Sheppard for State Rep.

Jason Sheppard host fundraiser for Richardville at his home

Glenda Kennon who is Richardville’s mother that really runs the local Republican Party in Monroe behind the scenes and instructs the “puppet” chairman they put in place supports Mr. Sheppard. 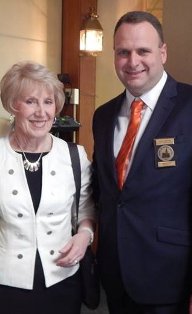 From the Jason Sheppard for State Rep. page

I would like to thank Senate Majority Leader Randy Richardville for hosting me and my wife at the State of the State last night.

Glenda Kennon Enjoyed the evening and nice to see you and the lovely Melissa.

I want to thank the Monroe County Chamber of Commerce and Senate Majority Leader Randy Richardville for an excellent Legislative Luncheon.

Glenda Kennon You gave a great update as well Jason.

Rep. Dale Zorn scores 29% out of a possible 100% and coming in tenth from the bottom of all legislators with over 50 Democrats scoring higher.

Voted “NO” on Right to Work 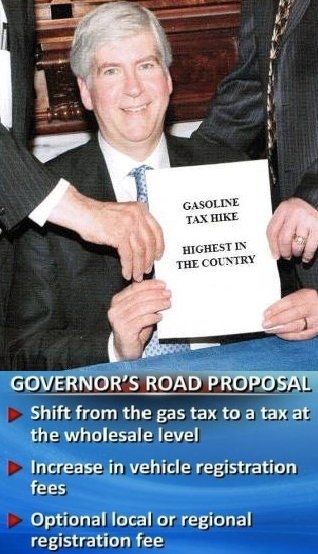 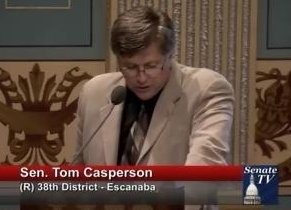 Senate Majority Leader Randy Richardville, R-Monroe said Legislation has been introduced to add sexual orientation protection to the Elliott Larsen Act, repeal the state’s ban on same-sex marriage and allow for the state and businesses to provide benefits to same-sex and unmarried partners.

So what Mr. Richardville is essentially saying is that the legislature will pass a law as to sidestep the will of the citizens of Michigan’s who voted in favor of an amendment to the Michigan Constitution that states marriage is a union of one man and one woman. Read more scroll down below picture.

Michigan Proposal 04-2 of 2004, is an amendment to the Michigan Constitution that makes it unconstitutional for the state to recognize or perform same-sex marriages or civil unions. The referendum was approved by 59% of the voters.

The text of the amendment states: To secure and preserve the benefits of marriage for our society and for future generations of children, the union of one man and one woman in marriage shall be the only agreement recognized as a marriage or similar union for any purpose.

In May 2008, the Michigan Supreme Court held that the amendment bans not only same-sex marriage and civil unions, but also public employee domestic partnership benefits such as health insurance. The ruling however had little effect since most public employers, relaxed their eligibility criteria to not run afoul of the amendment.

For our elected officials in Lansing to usurp by legislative action the will of the people is unconscionable! The Republican controlled legislature in Lansing continues to pass laws as to make their illegal activity legal with a complete and total disregard of the people of Michigan.