Common Core – The Indoctrination of our Children and Grandchildren

Team  Snyder: Administrative Agents for Obama’s Common Core Standards
This is a “reinvention” lesson that should scare the snot out of parents of school children. These are just some of the examples of a common core worksheet.

(1) The president makes sure the laws of the country are fair. (2) The wants of an individual are less important than the well-being of the nation. (3) The commands of Government officials must be “obeyed” by all. Sounds like Socialism indoctrination to me! What you say?
http://www.youtube.com/watch?v=5FTBK29tbt0&feature=youtu.be

The Common Core agenda aims to frame the educational paradigm with a progressive agenda world view, limit parental involvement in order to take control of students within the system, and even record children’s personal data into a database (religion, etc) so they can follow your child as they grow – beyond their classroom. ~ Diane Ravitch “against” Common Core. 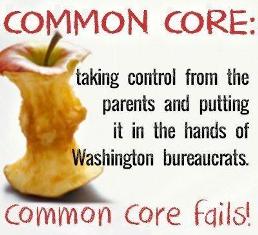 She writes in The Washington Post, “They were developed by an organization called Achieve and the National Governors Association, both of which were generously funded by the Gates Foundation. There was minimal public engagement in the development of the Common Core. Their creation was neither grassroots nor did it emanate from the states.” Instead, Common Core is being driven by policymakers in D.C.
http://www.washingtonpost.com/blogs/answer-sheet/wp/2013/02/26/why-i-oppose-common-core-standards-ravitch/

Diane Ravitch is a historian of education, an educational policy analyst, and a research professor at New York University’s Steinhardt School of Culture, Education, and Human Development. Previously, she was a U.S. Assistant Secretary of Education.

“The purpose of government is to enable the people of a nation to live in safety and happiness. Government exists for the interests of the governed, not for the governors.” ~ Thomas Jefferson 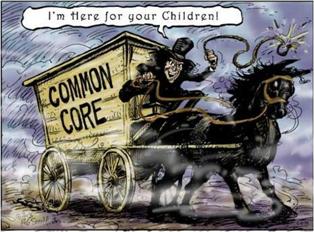 President Obama and U.S. Secretary of Education Duncan often say that the Common Core standards were developed by the states and voluntarily adopted by them. This is not true.

They were developed by an organization called “Achieve” and the “National Governors Association,” both of which were generously funded by the Gates Foundation. There was minimal public engagement in the development of the Common Core. Their creation was neither grassroots nor did it emanate from the states.

Gates money is more deeply rooted than one might think
On March 17, 2014, the North Denver News revealed that Gates spending on the Common Core State Standards (CCSS) is not likely mere millions, but billions: 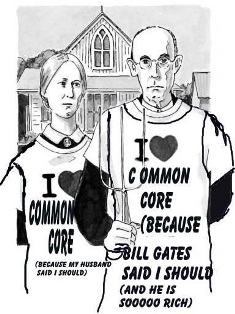 Rhee, a former Washington, D.C., schools chancellor and a Democrat backed Snyder by encouraging Michigan’s GOP-dominated Legislature not to stall the implementation of the Common Core curriculum standards.
http://www.detroitnews.com/article/20130531/SCHOOLS/305310315/1409/metro/Donors-boost-EAA-59-7M

Common Core get’s Engler – Snyder other so-called Republicans Support
On May 1, former Michigan Gov. John Engler—now the president of the Business Roundtable, a Washington-based group of business leaders—took to the radio show of former Arkansas Gov. Mike Huckabee, a fellow Republican, to defend the standards. 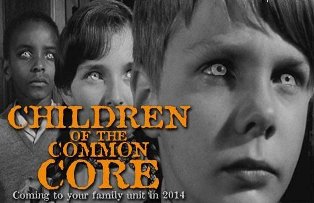 And soon thereafter, Michigan Gov. Rick Snyder, another Republican, reiterated his common-core support in an appearance in that state with Secretary Duncan.
http://www.edweek.org/ew/articles/2013/05/15/31standards_ep.h32.html

Nationally, the Republican National Committee has officially condemned the standards, while several states are in the process of potentially withdrawing from the core. Sen. Charles Grassley, R-Iowa, has requested that a Senate subcommittee handling education end federal meddling in standards and assessment.

Common Core: The Sixteen Billion Dollar Educational Scam
The government is planning to spend about 16 BILLION dollars to implement programs that are basically the same as those paid for in the 1950s.

Many have been given the false impression that Common Core State Standards and the International Baccalaureate programs will reform and improve education.

However, these two newest educational policies are an extension of old policies that weakened the American educational system and destroyed its international reputation for excellence.
http://truthinamericaneducation.com/common-core-state-standards/common-core-the-sixteen-billion-dollar-educational-scam/

Board of Regents member loses appointment over Common Core controversy

Quotes on the Common Core Standards:

Most of us who lived through the Hitler era remember how British Prime Minister Chamberlain gushed how great Hitler’s Youth Corps was, much like those who support Common Core today. ~ Donald Conkey Cherokee Tribune

Remember the quote by Hitler, ‘Give me your children and in 10 years I’ll change society?’ The Obama administration intends to do just that. ~ Elois Zeanah

Obama Core is a comprehensive plan to dumb down schoolchildren so they will be obedient servants of the government and to indoctrinate them to accept the leftwing view of America and its history. ~ Phyllis Schafly

Your child or grandchild will not be able to escape Common Core materials that are anti-Christian, anti-capitalism, and anti-America. Or that are pro-homosexuality, illegal immigration, unions, environmentalism, gun control, feminism and social justice. ~ Elois Zeanah

If this isn’t Nazism, Communism, Marxism and all the ‘ism’s’ I don’t know what is. ~ Christina Michas

Today’s teachers and psychologists are NOT being trained to educate students academically or to counsel and help people cope with their problems, but to influence their political views. Does it sound like we’re becoming Castro’s Cuba? I can tell you from personal experience that we’re already there. ~ New Hampshire Tea Party

The missiles are coming not just from the left but also the right. As we fight this insidious menace to our children and to our families and that’s exactly what it is we are going to have a difficult time discerning who our allies are.” ~ Glenn Beck

Why didn’t Huckabee “get it” when so many other Americans figured it out and tried to tell him?  Huckabee did not just quietly support CCS; he vociferously supported CCS as evidenced by the articles listed at the bottom of this page. ~ Lone Star Tea Party
http://lonestarteaparty.us/profiles/blogs/mike-huckabee-and-common-core-by-donna-garner-12-8-13 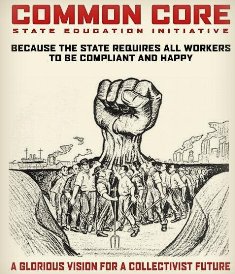 Karl Marx describes in his communist manifesto, the ten steps necessary to destroy a free enterprise system and replace it with a system of omnipotent government power, so as to effect a communist socialist state.
http://www.libertyzone.com/Communist-Manifesto-Planks.html

The Ten Planks of the Communist Manifesto
http://laissez-fairerepublic.com/tenplanks.html

2. Poverty – Increase the Poverty level as high as possible, poor people are easier to control and will not fight back if you are providing everything for them to live.

3. Debt – Increase the debt to an unsustainable level. That way you are able to increase taxes, and this will produce more poverty.

4. Gun Control – Remove the ability to defend themselves from the Government. That way you are able to create a police state.

5. Welfare – Take control of every aspect of their lives (Food, Housing, and Income)

7. Religion – Remove the belief in the God from the Government and schools. Also attack religious points of view as being discriminatory.

8. Class Warfare – Divide the people into the wealthy and the poor. This will cause more discontent and it will be easier to take taxes. Divide people by race, sexual orientations and religious views.
http://www.politicsforum.org/forum/viewtopic.php?f=97&t=154872