Connecting the Political Dots of “Corruption with Cronyism” Taxpayers Lose

The voting citizens of Michigan need to wake up to the fact they are being taken by both factions of the “Party of One” and wake up fast! 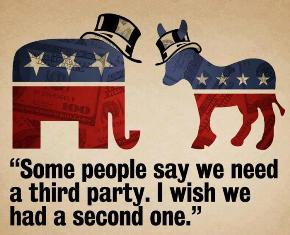 An example, one of many, is the new Senate building when the main beneficiary of the financial gain is going to a Snyder appointee Ron Boji and his Boji Group.

I am offering up a lesson on connecting the political dots for those that might not understand the political process of cronyism and corruption at the expense of us taxpayers.

OK, now follow along with me on this. Ron Boji is a huge Republican and Democrat donor. He was mentioned in the FBI probe into former Democrat Wayne County Executive Bob Ficano.

We have Governor Snyder appointing his buddy Ron to not one, but two unelected state authorities, the state Transportation Commission and the Michigan Strategic Fund.

The new Senate building is being floated by selling “Bonds” to finance this purchase through the Michigan Strategic Fund which is just one of many tentacles of the “failed” MEDC.

For those that may not understand the definition of “Bonds” when the state of Michigan (we taxpayers) sells or floats these Bonds the buyer of these Bonds are in fact the lenders and we taxpayers are the borrowers.

Here is where it gets interesting a last minute contribution to Snyder’s “Safe Roads Yes” campaign promoting that huge tax increase on us taxpayers know as proposal one was made by…you guessed it Ron Boji.

Are we connecting the political dots yet? We taxpayers are being “fleeced” by the very ones we elect to serve and represent us!

As long as the voters remain content on having the political wool pulled over their eyes this will continue unabated. So the next time you go to that voting booth remember….the Party you have been casting your vote for has two factions, the Democrat faction and the Republican faction that both reside in that “Party of One.” Vote wisely my fellow citizens of Michigan.

Note: There was no assessment done on the building prior to the purchase. Lansing’s assessor William Fowler says the Senate drastically overpaid for this building owned by Republican donor and Snyder appointee Ron Boji and his Boji Group.

Fowler says that his office currently has Capitol View assessed at about $12 million; a figure he says is closer to what it’s actually worth.  Were it to be built brand new today, his office estimates it would cost just under $22 million.