MIGOP Subverts Michigan Constitution to Silence Voice of the Voters 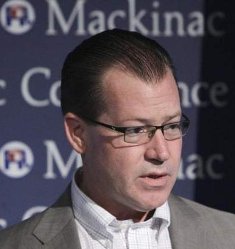 No matter how you feel about raising the minimum wage for or against this is just plain wrong! When the will of the citizens are subverted along with their constitutional rights by any political party its tyranny.

Never mind that giving voters the final word is precisely what the framers of Michigan’s constitution had in mind when they established the ballot initiative process in the first place.

So Michigan Republicans have decided to short-circuit that process you know, the untidy one ordained in Michigan’s constitution in favor of closed caucus meetings where Republicans who control the Legislature can wire an outcome more palatable to their business buddies who contribute to their campaign coffers.

The arrogant disregard of Senate Majority leader Randy Richardville for the democratic process that the ballot initiative was designed to keep in check is evident in his statement. 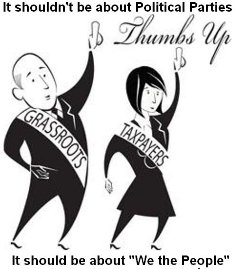 If it wasn’t a situation I felt was critical, “I’d let the (ballot initiative) process go along as it is,” the Monroe Republican added. By his statement and views on this issue the peasant citizens of Michigan are under control by “King Richardville” and what they feel is best is irrelevant.

The pattern is clear: If the electorate, we the citizens, is threatening to turn on those in power, change the rules. We have seen this time and again within Michigan’s Republican Party since they came into power in 2010.

Can you say the Primary delegate fiasco in 2012? Can you say changing the rules at the Tampa convention silencing the will and voice of the delegates just to mention two recent examples? We have also seen rule changes at the Republican  state conventions that were made to shut out the grassroots, conservatives and delegate members of the MIGOP all to the benefit of Party leadership.

Here’s a conservative word of advice for Republican voters. Any current Republican legislator or any candidates with close ties to this so-called Republican Richardville be careful in casting your vote for them because you just may not get what you think and more than likely you’ll be getting more of the same! What’s that ole saying birds of a feather flock together. Michigan Republicans cannot afford these Democrat like infiltrators masquerading as Republicans. 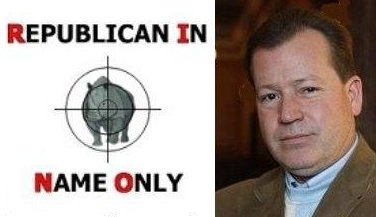