Pay Falls for Low-Wage Men yet Women Still Far Behind,” found that real wages of Michigan workers have fallen by more than ten percent since 1979 for broad sections of the working class.

The collapse of wages in Michigan also illustrates president Obama’s and Governor Snyder’s “insourcing” policies, which involves pushing for lower corporate taxes and lower living standards and wages for workers in order to make American cities “attractive” for business. 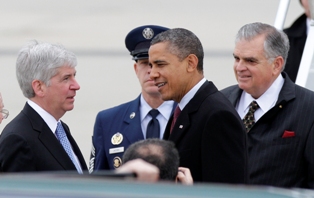 Speaking at a Milwaukee factory in 2012, Obama celebrated the results of his and Snyder’s “bailout” policies in Michigan as a model for the rest of the country: What’s happening in Detroit can happen in other cities.

Declining work rates, stagnant wages, the rise of female-headed families, inferior education, and the arrival of millions of “immigrants” with poor education and low skills are little engines pushing up the poverty rate. 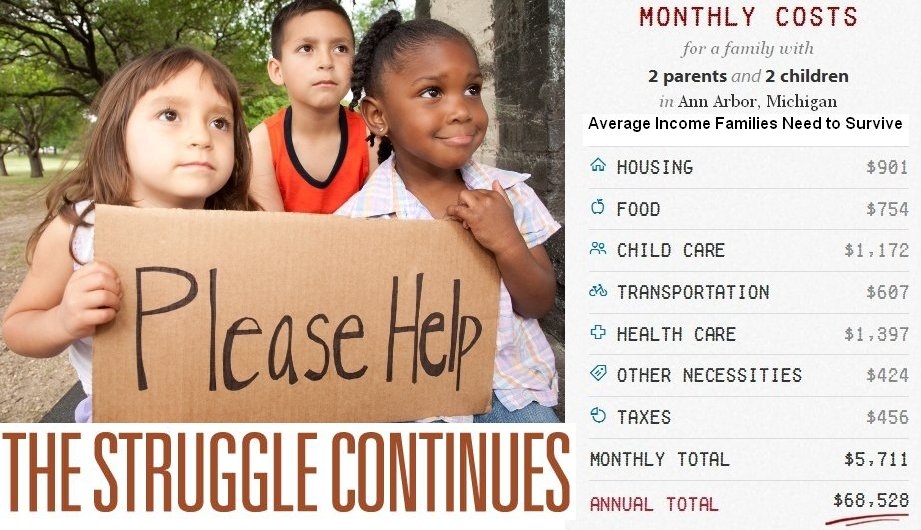 The report commissioned by the Michigan Association of United Ways with research led by Rutgers University focuses on people whose earnings are above the poverty line but still unable to cover expenses such as housing, transportation and health and child care.

This is further proof that Michigan is NOT the “Comeback State” as proclaimed by the Snyder administration and more should be done to help and support working families in Michigan not just the politicians Business Buddies. I would argue Tax Cuts for their Business Buddies and Tax Increases on citizens is a huge factor.

EPI’s Family Budget Calculator measures the income a family needs in order to attain a secure yet modest living standard by estimating community-specific costs of housing, food, child care, transportation, health care, other necessities, and taxes. The budgets, updated for 2013, are calculated for 615 U.S. communities and six family types (either one or two parents with one, two, or three children).