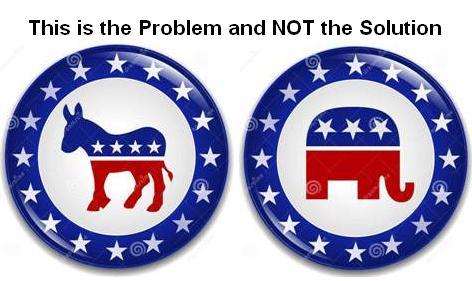 I’m Wayne Allyn Root for Personal Liberty®. The biased, clueless liberal mainstream media are in shock and awe. They have no idea why so many Americans love Donald Trump. But the answer is so simple and clear. Just ask any conservative. Trump is a breath of fresh air. Trump is the answer to what ails America, simply because he kills two birds with one stone. 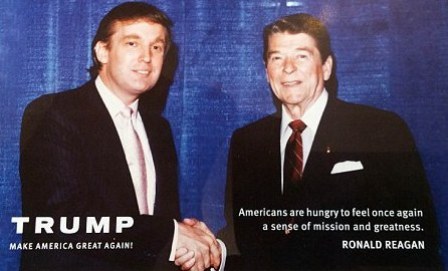 They hate business owners (see “You didn’t build that”) and blame American patriotism, white people, business owners and Christians for every problem in the world today.

Reckless wasters of taxpayer money (see Obama’s Kenya trip that cost us over $50 million dollars for one day in a country that offers America nothing)  and outright criminals (see Clinton’s upcoming criminal investigation over her 32,000 deleted emails — some of them classified — and Obama’s use of the IRS to target, persecute and even attempt to imprison political opponents and critics.)

But the GOP may be worse. If there’s anything worse than evil, its pathos. The GOP leadership is riddled with cowards; wimps; and naïve, feckless, country club powder puffs that have no clue how to fight back against the Democrats’ ruining America and destroying our children’s future with debt.

Yes, Democrats are ruining America and destroying our children’s future. But Republicans are standing by helplessly, scared, petrified, allowing it to happen. 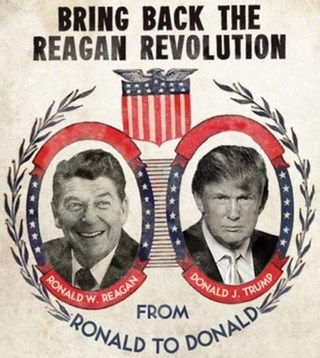 I suspect many of the Republican leaders in Washington are either being bribed or blackmailed. Exhibit A is Supreme Court Justice John Roberts, House Speaker John Boehner and Senate Majority Leader Mitch McConnell.

These guys are all either bought and paid for or someone is holding a gun to their heads (along with a photo of them in bed doing something shocking).

Don’t believe me? See Dennis Hastert. They are all doing something morally wrong or breaking some law, and Obama’s partners in the NSA and IRS are always watching.

It’s time to stop being “nice.” Nice is OK for playing golf with Muffy at the country club. But nice doesn’t work in politics. Nice guys finish last in politics. Nice is getting our country ruined. Nice is killing middle-class jobs. Nice is wiping out middle-class incomes. Nice has led to negative GDP growth. Nice has led to more businesses closing than opening each day for the first time in America’s history.

Nice has left the border wide open to an illegal alien invasion, the bankruptcy of America and a terrorist attack like 9/11.

Nice has led to disaster and disgrace all over the globe. The world no longer has any respect for, or fear of, America. We are in decline and disarray. We are headed for collapse and disaster.

Trump isn’t afraid to fight like our future is on the line because he understands it is. He isn’t afraid to offend. He isn’t afraid to expose the cowards and frauds in his own GOP leadership for what they are. He refuses to be “politically correct” when he sees corruption and idiocy. He won’t back down or apologize for telling the truth.

Of course, the evil Democrats, corrupt and cowardly GOP leadership, and biased mainstream media hate him. They are all rooting for another Mitt Romney. Let’s compare Romney to Trump. They are both rich white guys; famous, successful businessmen; and Republican presidential candidates, past and present. That’s where the similarity ends.

Mostly, they are scared to death of Trump’s mouth — the kind of mouth that could stir up a citizen revolution and topple “business as usual” in Washington, D.C.

Yes, Trump’s mouth is a nuclear weapon. And that’s precisely why we love him. You know what I say: Bombs away!